Alonso’s house. Renovation of a small house in Zaragoza

A small house built in the second half of the last century in a working-class neighborhood of Zaragoza ends its function of being home to the previous people and their lifestyles. Then, to fully regenerate and transform itself, sheltering a new life, a new user, and some new uses in accordance with the spirit of the time, although without losing the essence of its initial identity. An example of rehabilitation and regeneration intervention in social housing in La Jota neighborhood of Zaragoza.

This small house built in the second half of the last century belongs to the “Damán” group of housing units, declared an urban complex of interest. Located in the industrial area of the Zaragoza neighborhood of La Jota, it is one of the few groups that currently stands. Thus, it is proposed to recover the type of housing to adapt it to our days, harboring a new life, a new user, new uses in accordance with the spirit of the time, although without losing the essence of its initial identity. This is an example of rehabilitation and regeneration intervention in social housing. 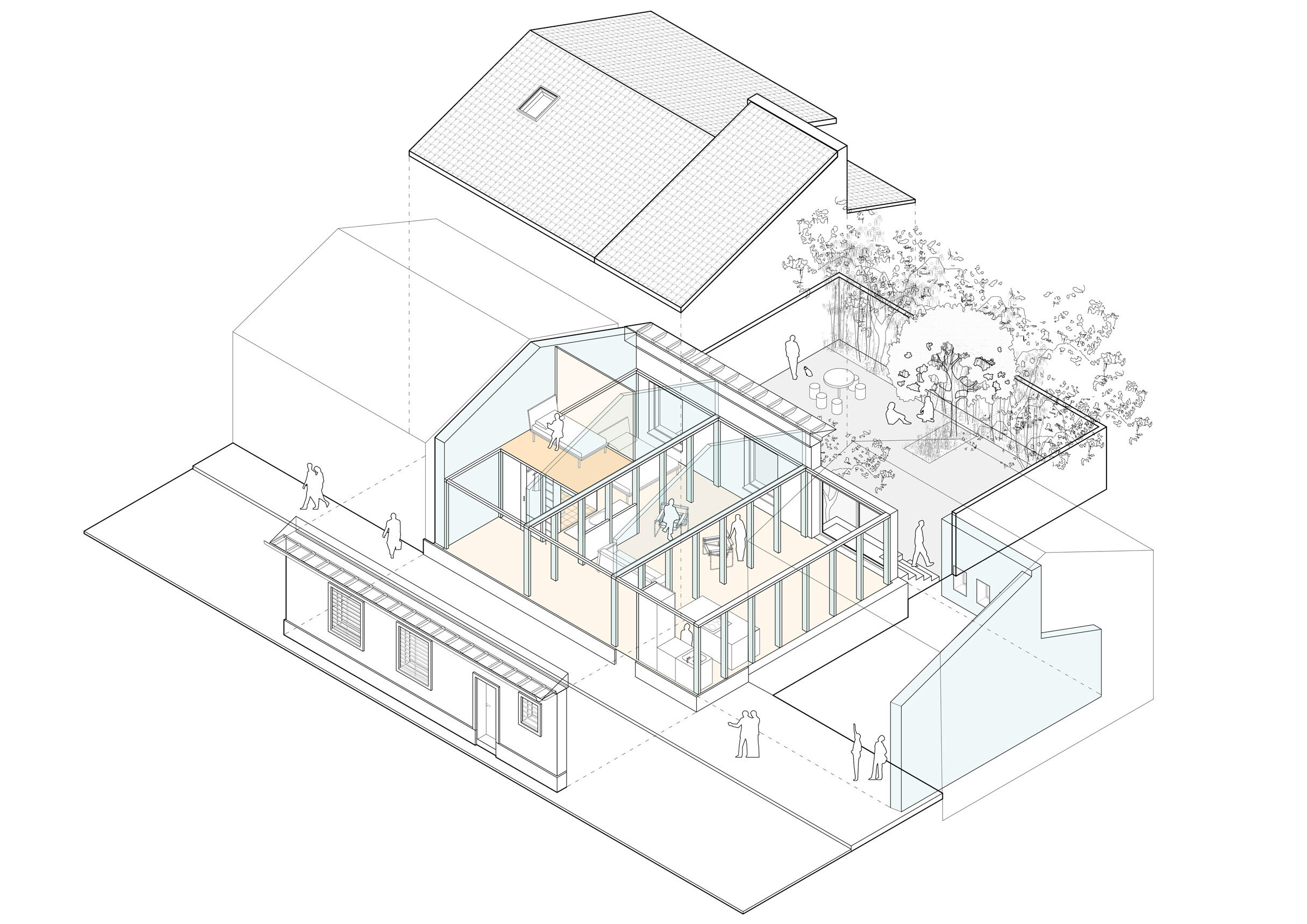 Before the intervention, it was a single-storey dwelling, understood as a very tight container, aligning itself to the thoroughfare, fitting in between the party walls of the adjacent houses and therefore leaving a rear space for a garden or courtyard. It was clearly distributed in three bays perpendicular to the façade: the first contained the access, the bathroom, the kitchen and a gallery; the central one the living room and a bedroom; and in the third there was a place for two bedrooms with access from the living room, which acted as the centralizing element for circulation in the house. After the intervention, the spaces have been reconfigured so that the three bays are respected in order to accommodate some uses. 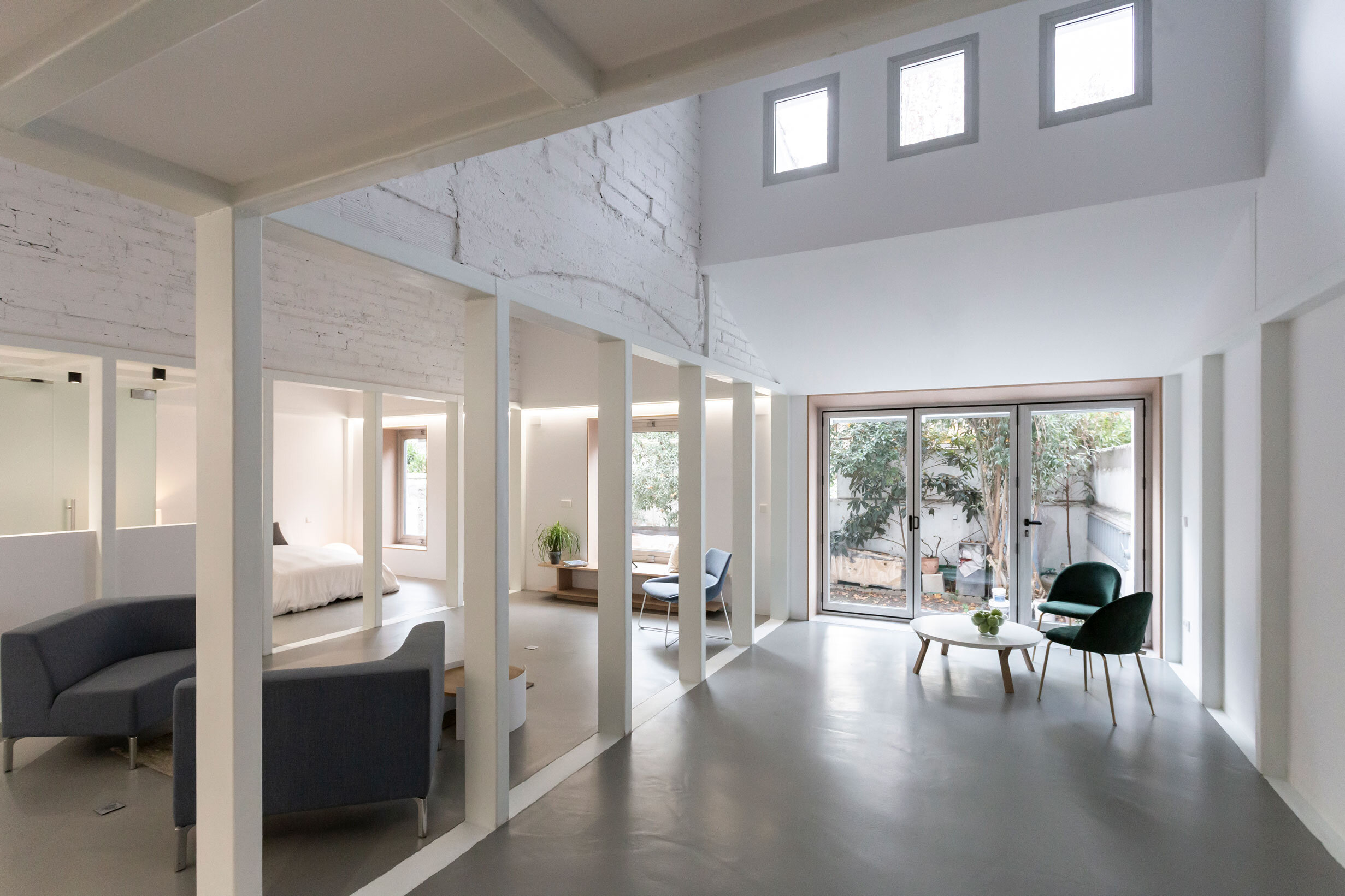 The first bay gathers the access, the kitchen area and the dining area that extends outwards through a greenhouse-gallery and a stand that seeks to link the interior of the house with the rear garden, generating a space rich in visual and functional relationships with both the house and the garden. 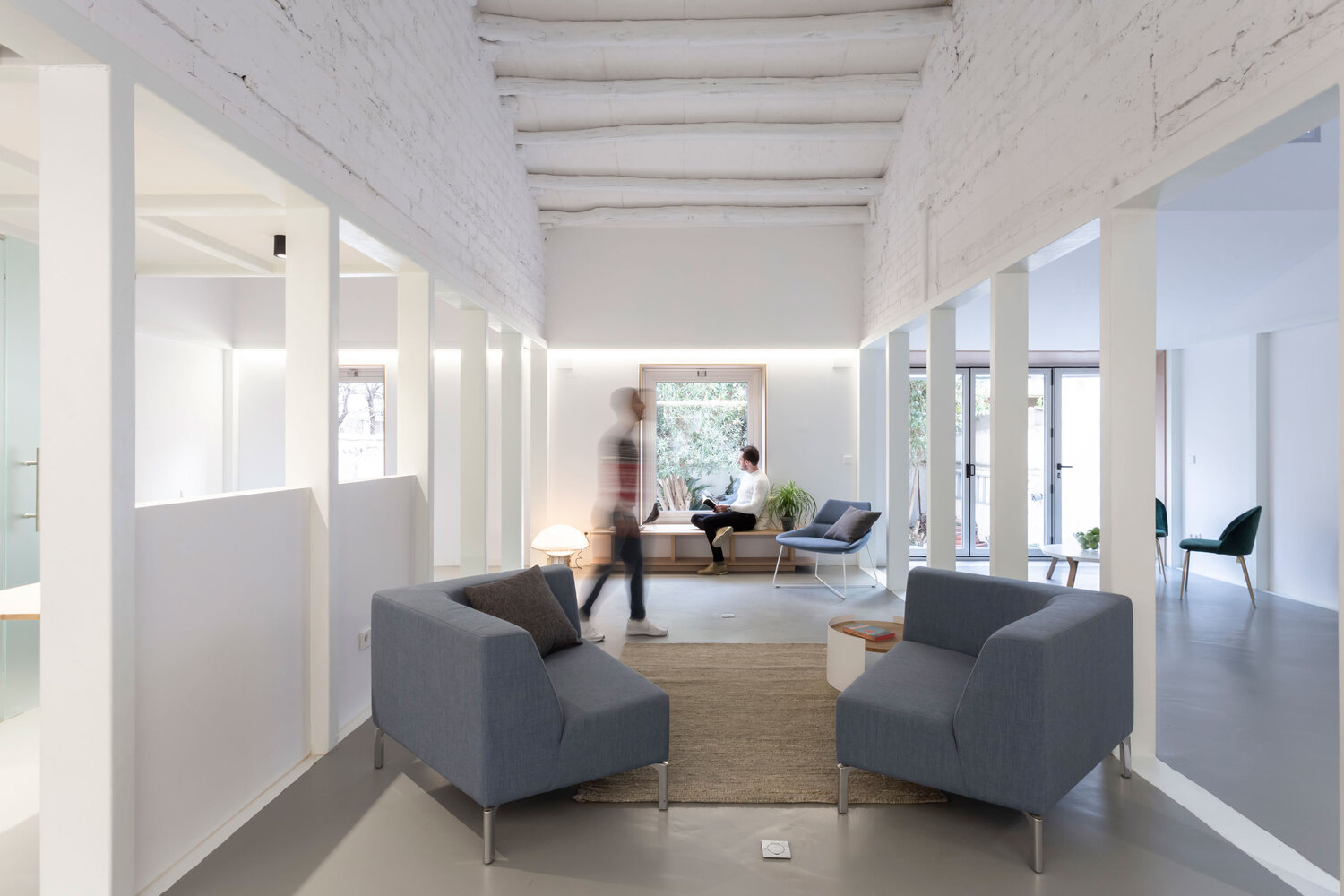 The second bay is entirely intended for the living room, functioning as the heart of the house, complemented by a multitude visual relationships with the rest of the rooms, which, far from being compartmentalized and isolated, are spatially integrated into it. The new metal structure generates a screen that allows the game with filters that integrate or separate the spaces depending on the use that is assigned to the room. 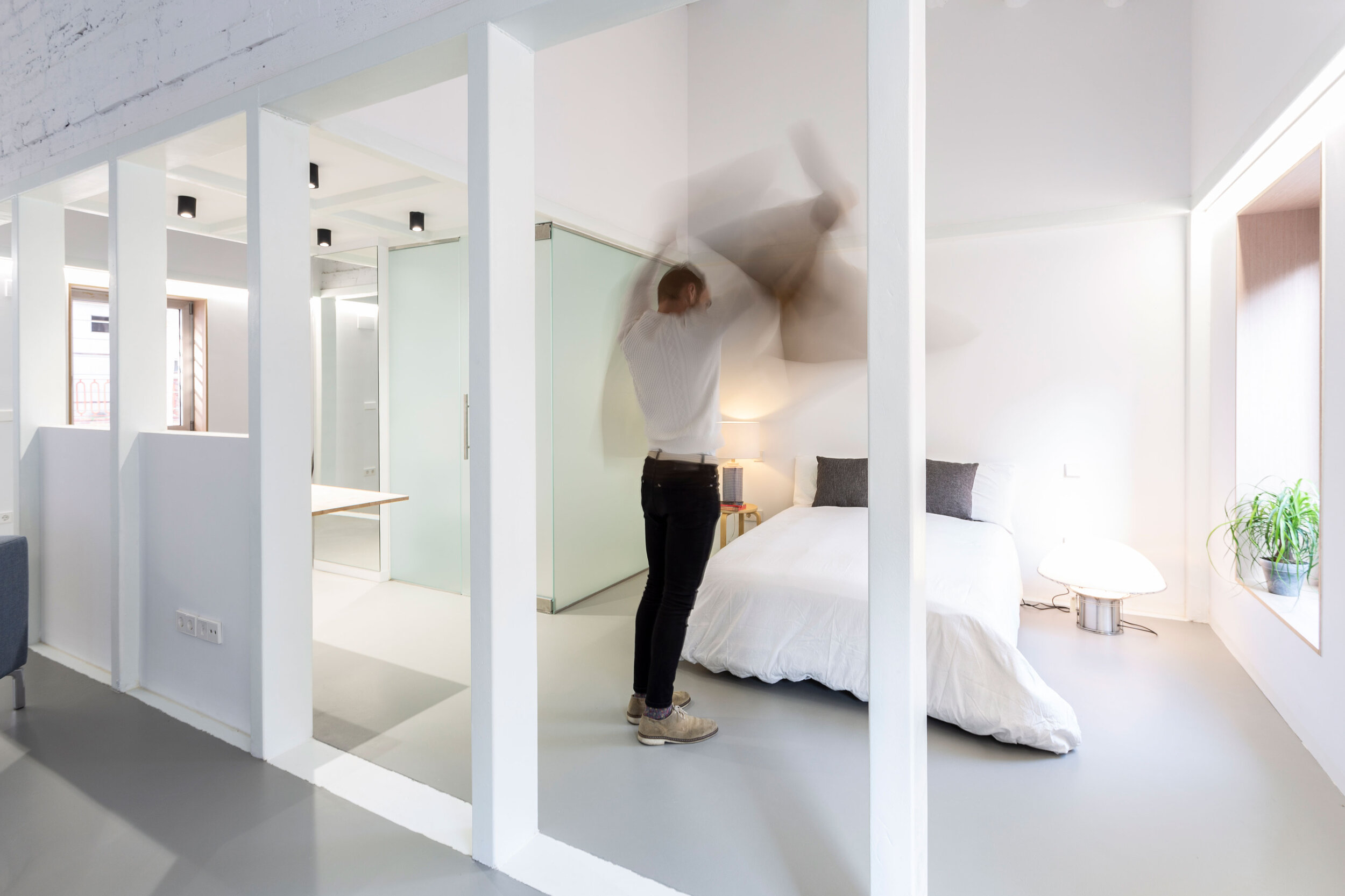 Finally, in the third bay is located the most private area of the house, containing the bedroom and a dressing room, both separated by a central piece that functions as a bathroom. This distribution allows the use of the different sanitary devices without interference between several users, as well as the different compartmentalization depending on the space’s character assigned at any time. 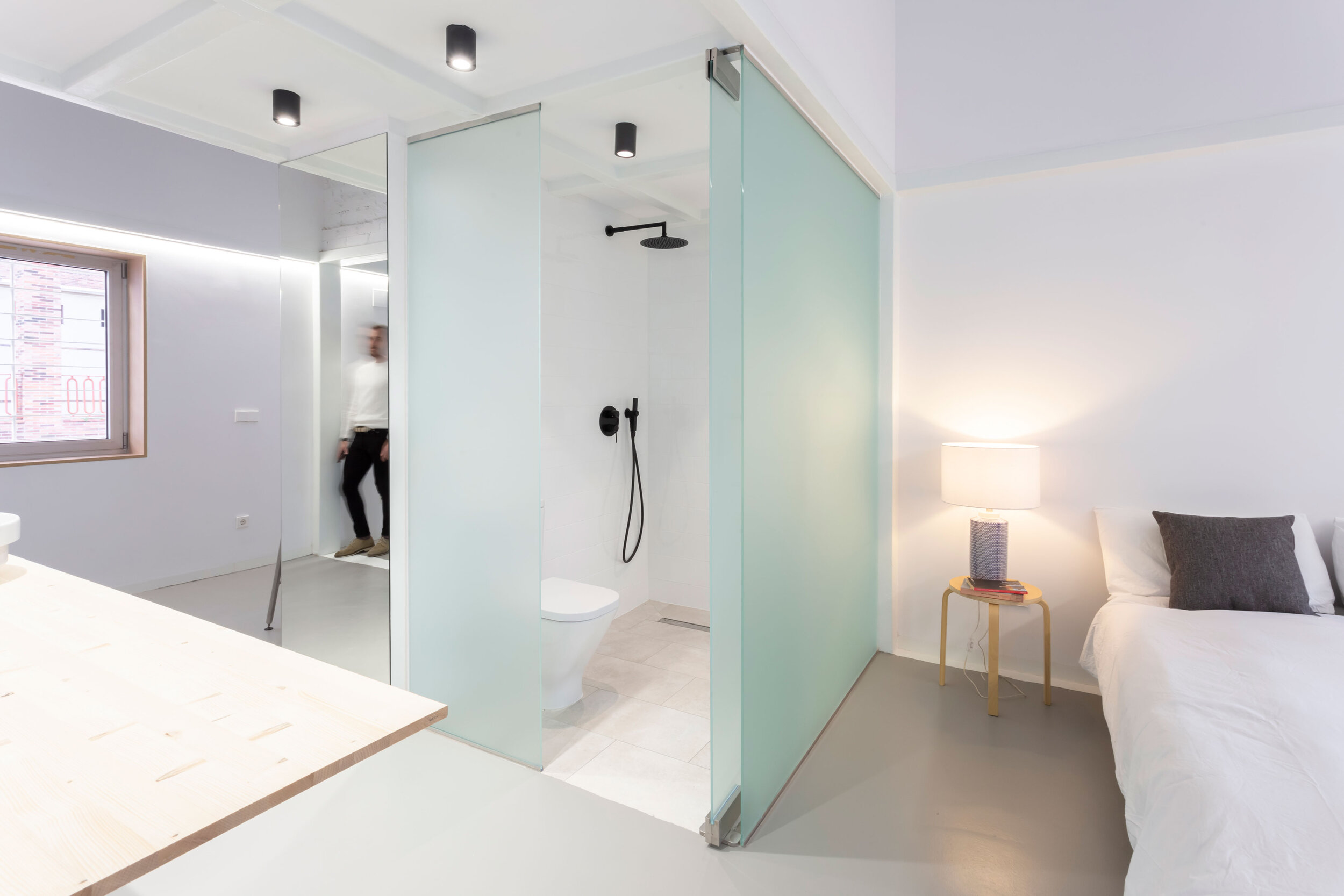 Above the bathroom and the dressing room there is an extra space, a small guest bedroom, that is also used as lecture and relax space 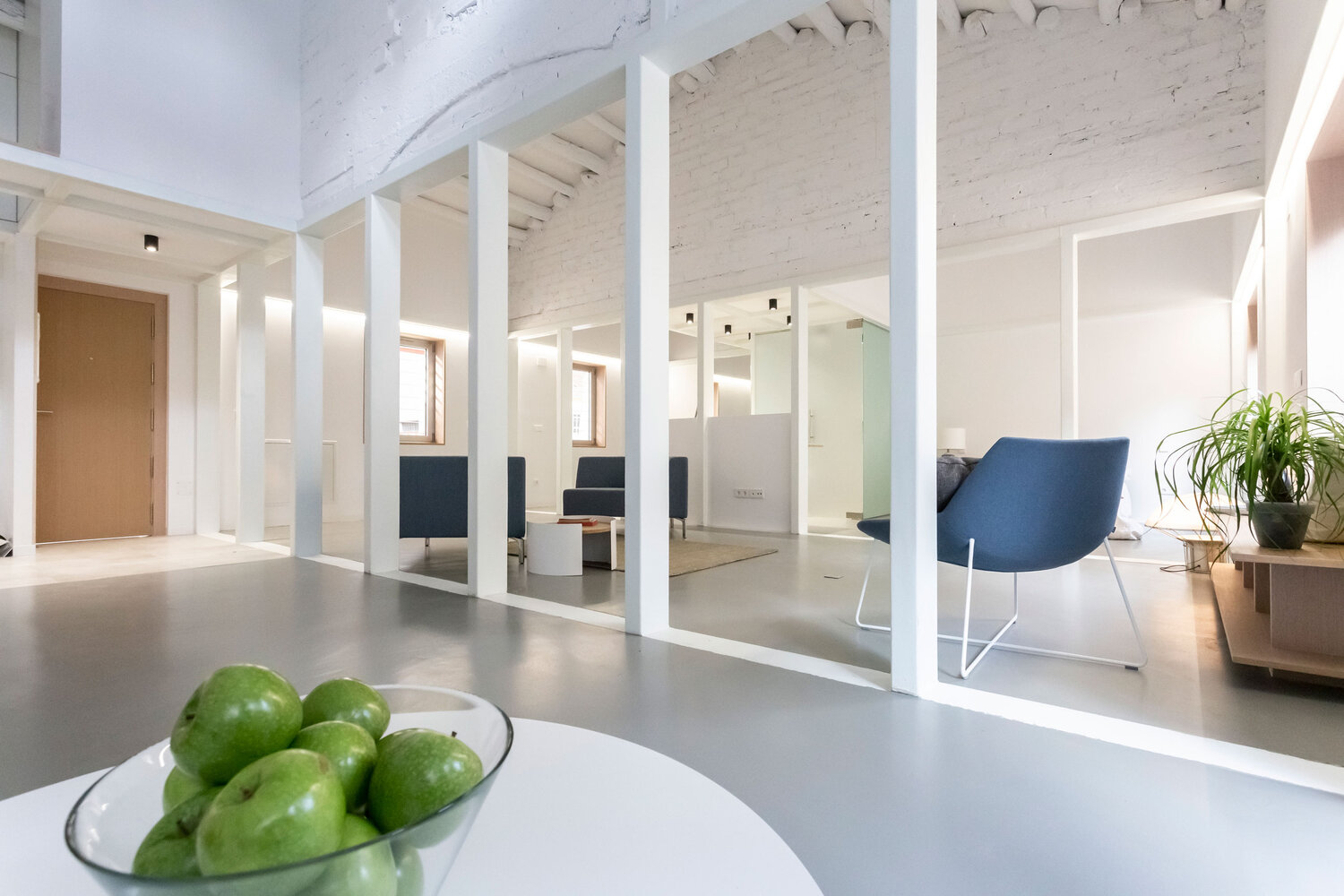 The comprehensive nature of the intervention has sought to preserve the exterior closings and has acted fundamentally in improving its envelope, as well as approaching a total absence of interior partitions, improving finishes, providing the interior of the house with an avant-garde appearance, but keeping its original aesthetics to the outside. Each bay is read as a complete section of the original building, generating a more compressed space at the sides, but with a greater height in the central area. 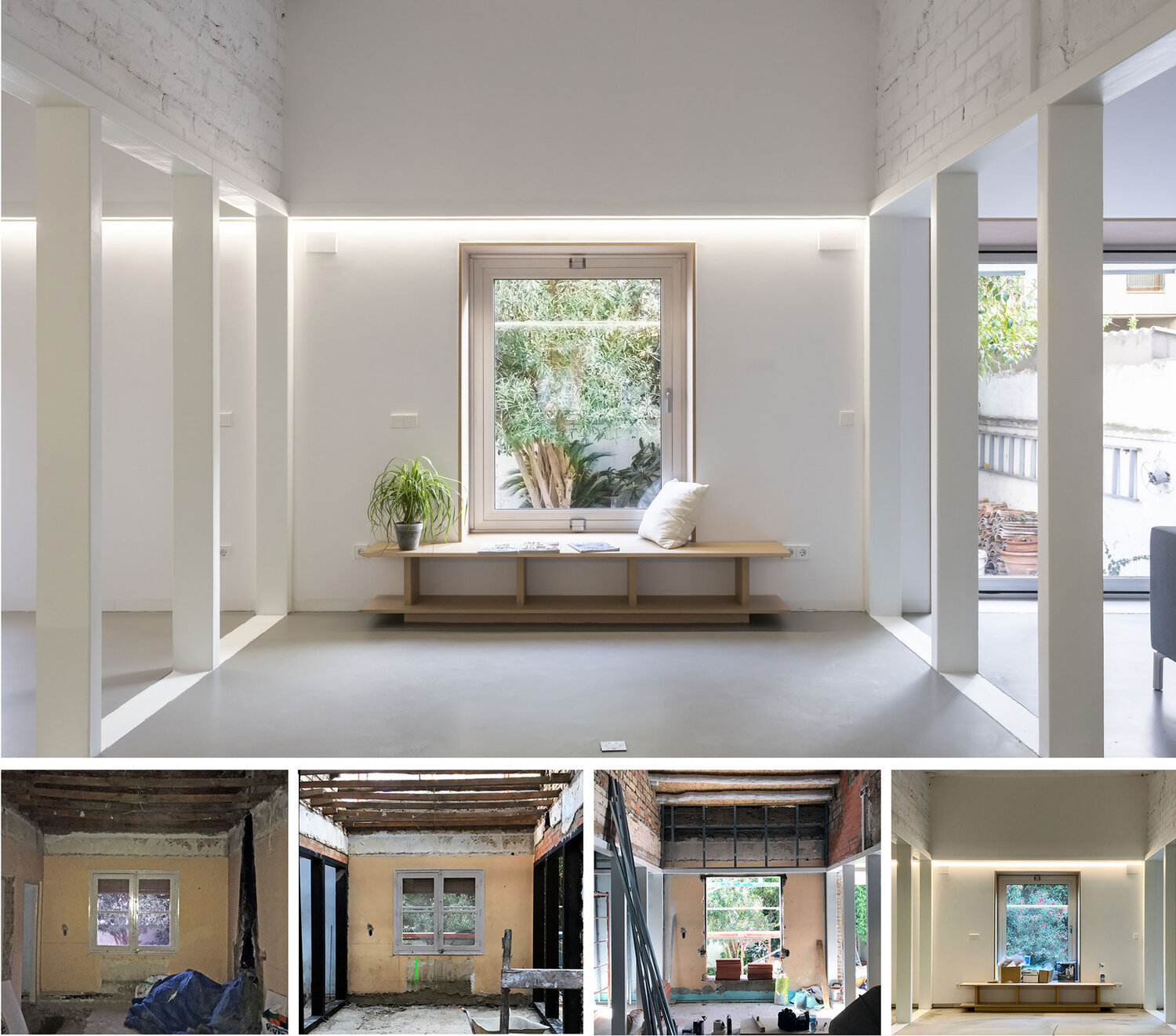 The dense original load-bearing walls have been subjected to a virtuous and daring structural intervention that has allowed them to become permeable walls supported by light and small poles, generating spatial continuity in a longitudinal and transverse direction, thus making it possible to multiply and enhance the light and, ultimately, the ways of living the house.