A century-old campus reinvents itself

Denvelops collaborates with a prestigious design firm to develops corporative architectural skin for a housing building. 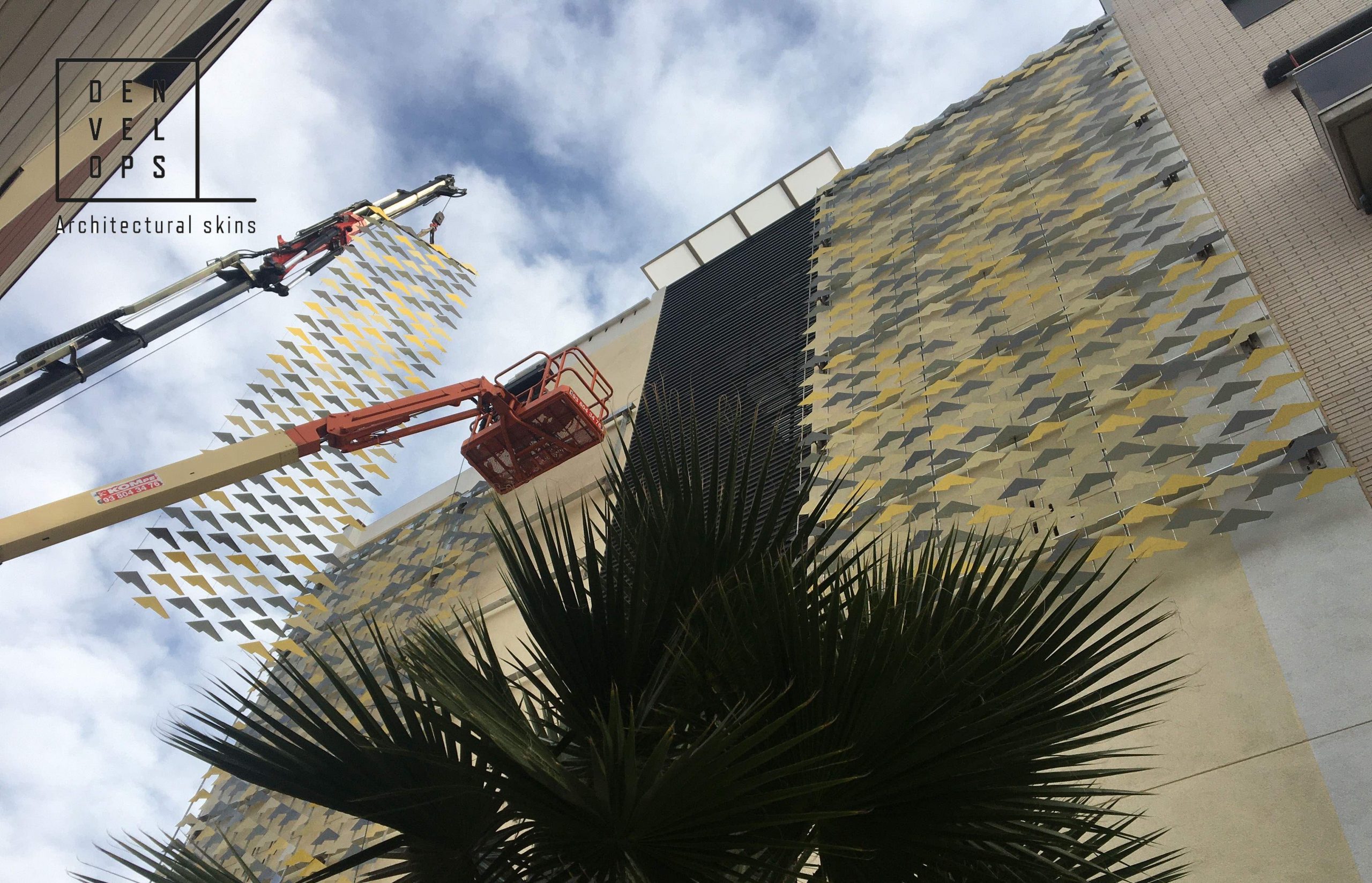 Last 20th December Denvelops finished the construction of a new architectural skin. This project came through MOS studio, a great design company specialized in industrial design and corporative branding jobs. One of the customers who had a new building promotion was Denvelops results to be the perfection election to improve the aesthetics of the area.

This has been the first project in where the architectural project has been shared between a design studio and Denvelops Technical Office. And that opens a new opportunity to discover new results by working from new points of view.

Mos studio knew exactly what corporate façade designs could fit better with all the company branding design, and the Denvelops Technical Office, formed by architects and engineers, had the knowledge to do the technical project needed to get the construction license for the façade.

Technically, the design, production, and installation phases of the project were very satisfactory. All request inputs from the different project actors (designers, engineering, installer, and customer) were able to be achieved. 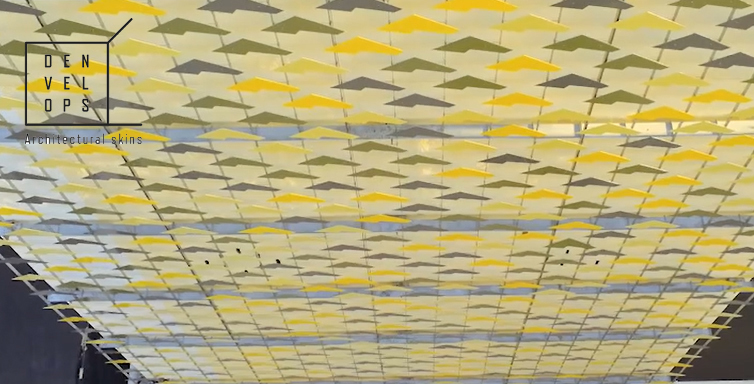 Maybe they are not architects, but they also know very much about design, so they fast started to do produce much beautiful design for the façade, in many patterns configurations, tiles, and colors, to check how this architectural skin finally would have to be.

It was really good to check that designers are very used to work with an empty canvas that can be a treat or pained pixel by pixel a big surface to communicate something.

Finally, Denvelops was asked to do a tile with a shape that regards a horse head, these tiles were asked in four colors. These 4 colors tiles were composed in a regular pattern to create a natural texture.

Denvelops goal was to reproduce this pattern colored skin drawing to something real without losing any detail, and thanks to the customization options of the system it was easy and fast done. 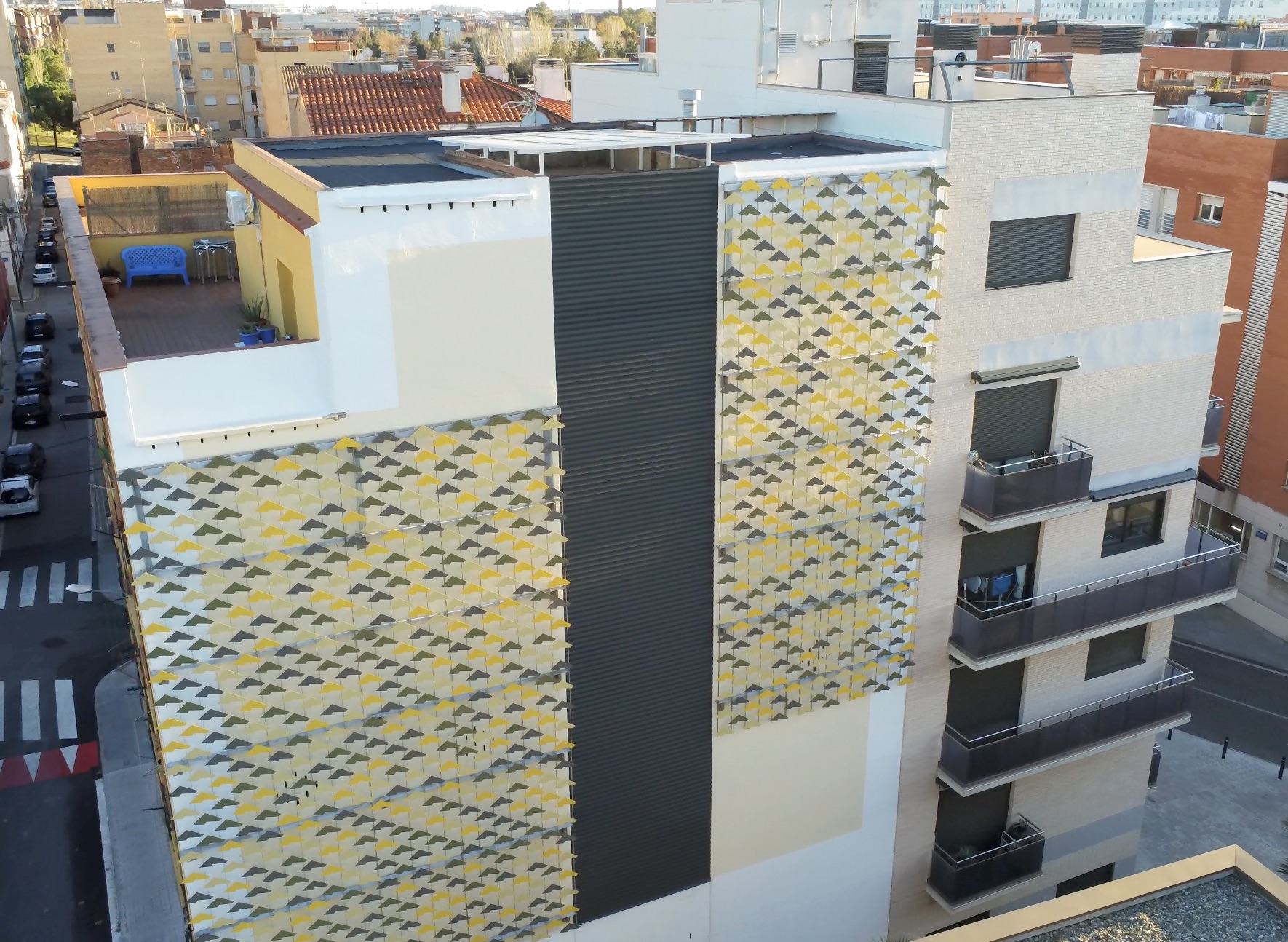 For the engineering, the Denvelops Technical Office had to take -let’s say- until the limit its load line system and its wind retention system. Once again, the Denvelops open system could be modified to do what was needed.

The main point of the existing wall was the architectural skin was going to be hanged, is that it was -and it is- an old terracotta wall composed by to layers, the inside layer was made of structural brick that stands all the buildings loads (walls and slabs), the other layer -outside sited- was done by thinner bricks. This second layer had the function to protect again water and cold weather in the first layer. So, in fact, this time our architectural skin should be called a “third skin façade” instead of a “double skin façade”.

The point was, that between the two layers there was an empty space of 10 cm, only divided by some large terracotta separated columns that connected both layers. That columns were the only point where was able to fix the chemical screws for the anchors. Normally the load and the wind line are attached to the slabs in distances of 1-meter separation, but this time we had to go up to 3 and 4 meters of separation. That increased as never before the section dimensions of the load line (100.100.10 mm profile) and the wind line (100.10 mm wind profile). Also, to reduce the loads’ requests over this old wall, it was decided to increase the number of wind lines so that each screw over needed to stand fewer loads. 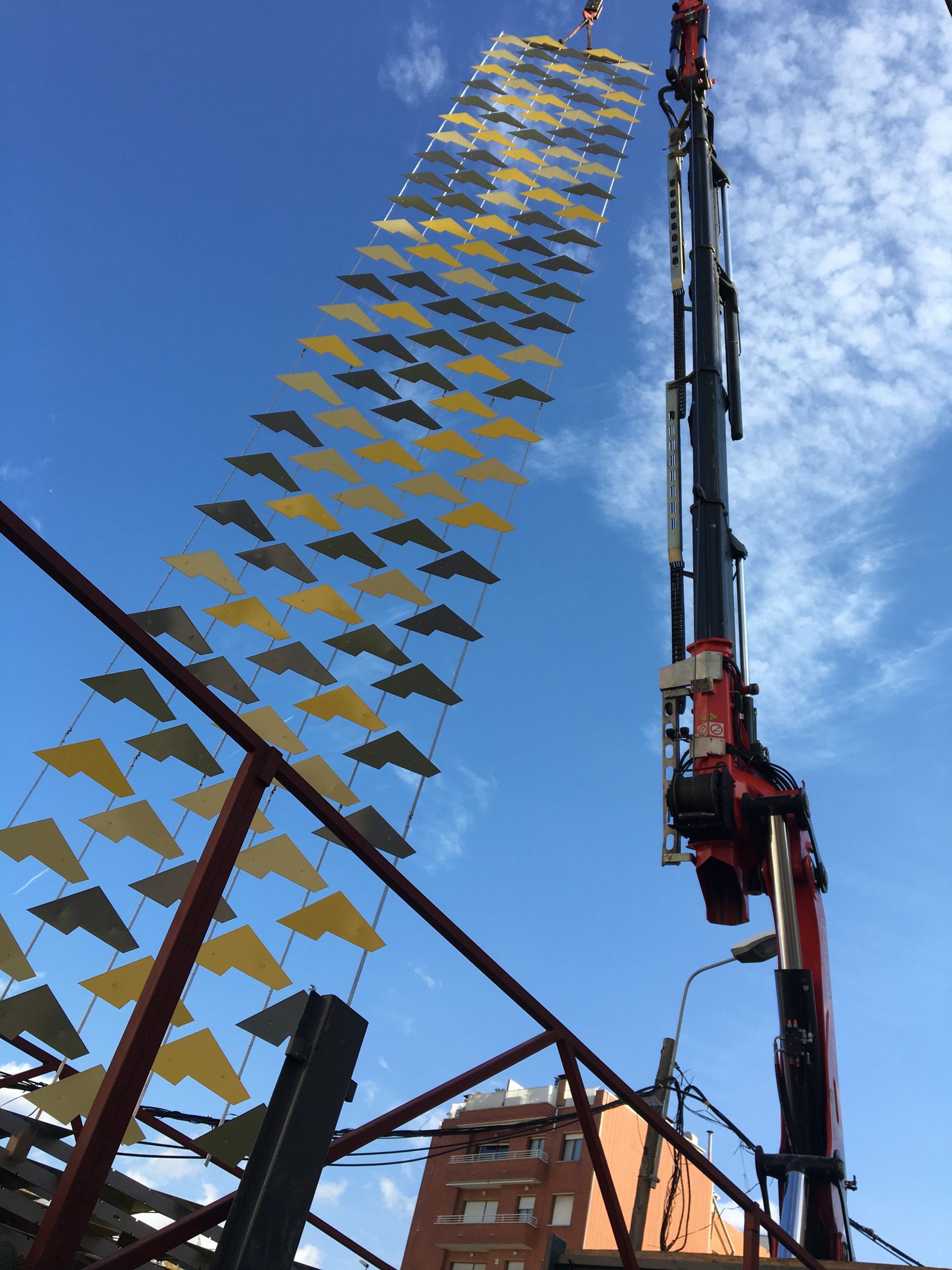 Due to the old terracotta wall, the installation process was a little bit slow from the standard, but on the other side, it was very sure. Installers are used to work in this type of walls and they felt confident with Denvelops system because the architectural skin produced was very light (about 15 kg/m2) and its anchoring system allows the system to have dilatations due to external changes of temperatures.

The project was fabricated in 7 pieces of 10’4 meters long, and for the first time, a test was done by doing one of those pieces of 2’10 meters wide. So, in just one crane operation of 15 minutes, 20 square meters were installed! That wide is very interesting to produce in order to take the maximum profit of the transport and the reduce the operations with the crane.

No news is good news, and this time, no almost no wastes were done while the installation of the 115 m2 was going on. Our lean construction philosophy once again had results satisfactory. 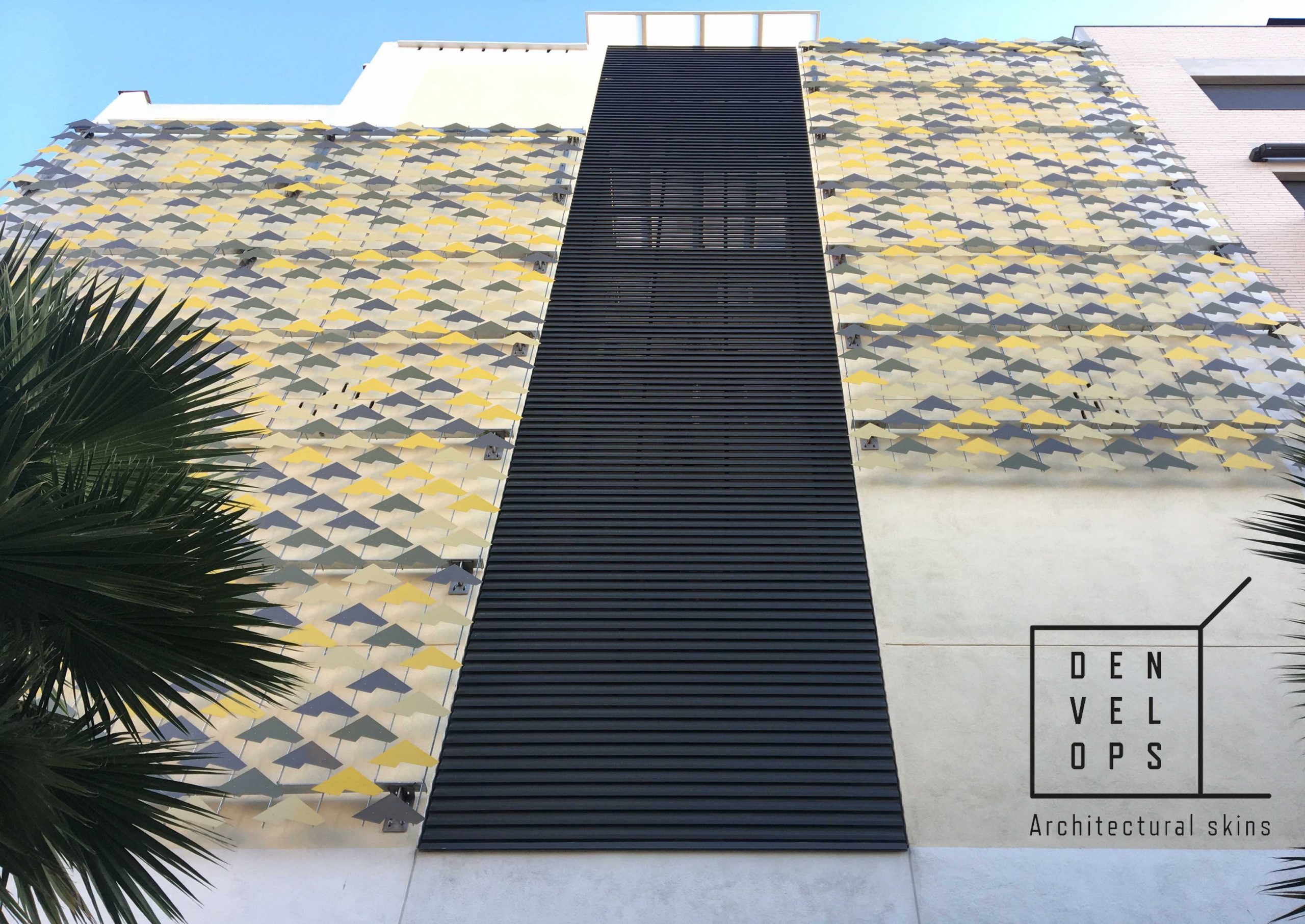 As is said in all Denvelops projects; customers’ needs the next items: the best project, a good offer, a better production time, and a faster-installing process.

Work in an existing housing building with people living in is never easy. Noises and large installing process mas be avoided in order to get good feedback and also get, the best benefits of the project.

Denvelops has demonstrated it is a very good system for a fast renovating building full of creativity and very originality and all this at a very affordable cost.

More information about these architectural skin facades from Denvelops?