Winners of the 2020 European Architecture Awards!

In today’s world where efficient and creative use of space has become a necessity, the idea of remodeling existing structures has received growing interest and enthusiasm. Moreover remodeling designs that manage to accommodate and mingle several functions are increasingly being sought after. 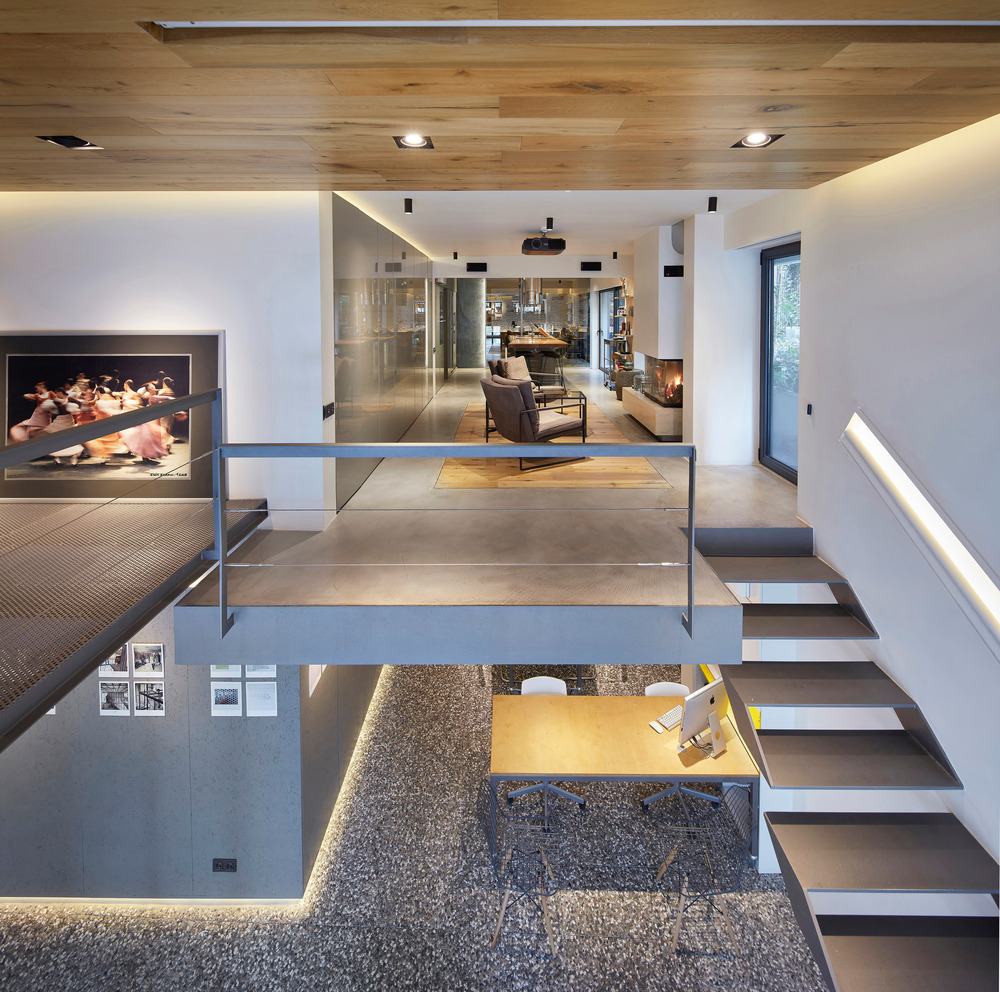 ‘Studio Loft’ is an example of the transformation of a double flat in an existing five-story building in a densely populated neighborhood of Izmir into a multifunctional duplex space. Above all it is simultaneously a workspace, a ‘photographic studio’ and a residential space, a ‘loft’ to live in. The client who is a famous photographer and an artist based in Izmir worked closely with the architects of Yerce Architecture & ZAAS in the designing and creation of a new ‘home’ for himself, which he wanted to be something more than just a place to live and work in. 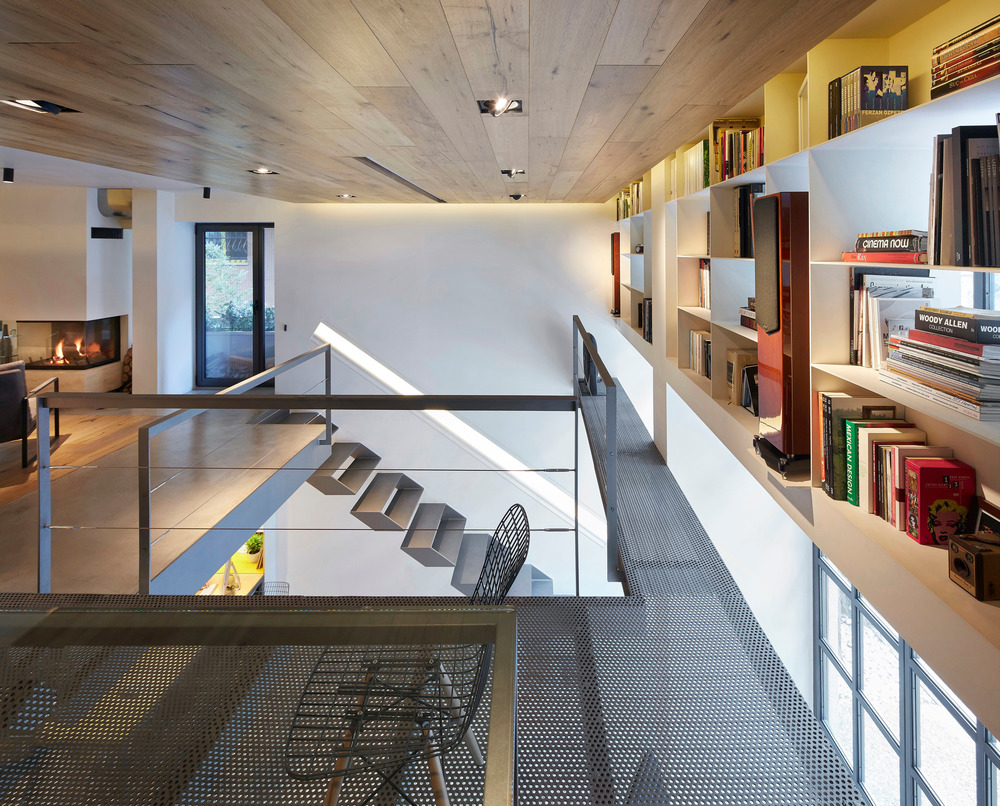 Hence an exhibition area was incorporated into the studio space enabling the owner, as well as local talents, to display their photographic work, which would serve as an alternative art exhibition spot in the center of the city where art galleries are rather scarce.

The entrance zone of ‘Studio Loft’, once two separate flats is now a duplex unit and an open spacious area with a double-height ceiling. Entering ‘studio loft’, one steps right into the photographic studio and exhibition space. On the same floor at the back is a guest bathroom with a vaulted ceiling that solves the height restriction problem. Material choices of the bathroom with their reflective surfaces give one a sense of being inside a futuristic space, which also serves as an out-of-the-ordinary photography setting. A sculptural staircase, designed with no railing on either side to highlight the dynamism and rhythm of circulation inside the space, connects the ground floor to the upper floor. 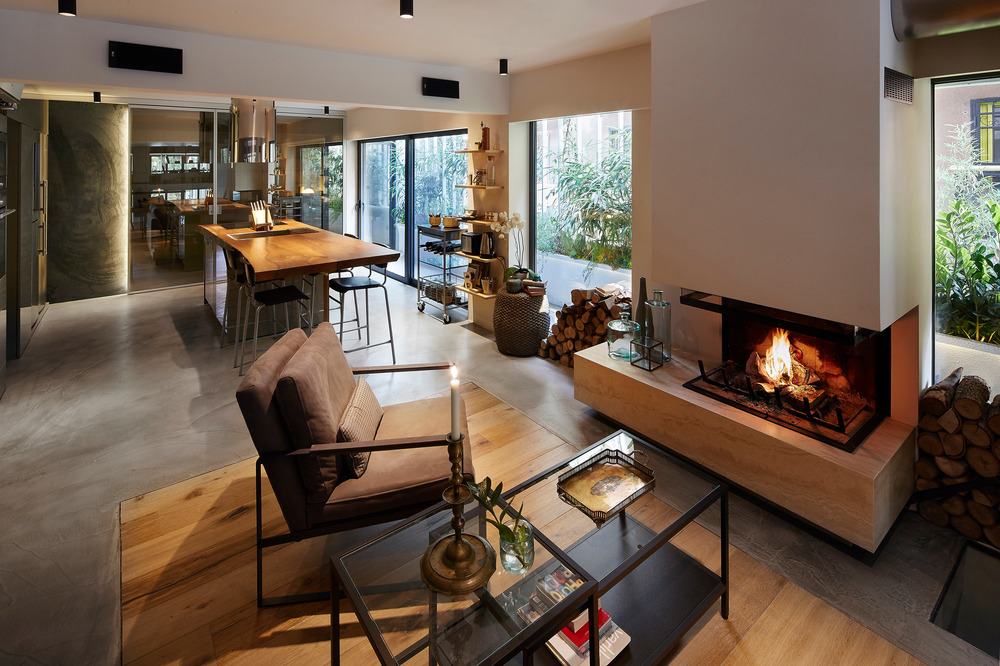 While the ground floor is designed to fulfill the needs of a photographic studio and an exhibition space, the upper floor is planned to host office space, kitchen area, sleeping and private resting zones at the far end of the open plan living space. Reflecting on the owner’s lifestyle who loves to cook for his guests, the kitchen is a social space for cooking, eating, and relaxing.

Next to the kitchen is another spot with a cozy fireplace for gathering with friends and resting. Floor-to-ceiling windows offer bright panoramic views to the greenery outdoors. 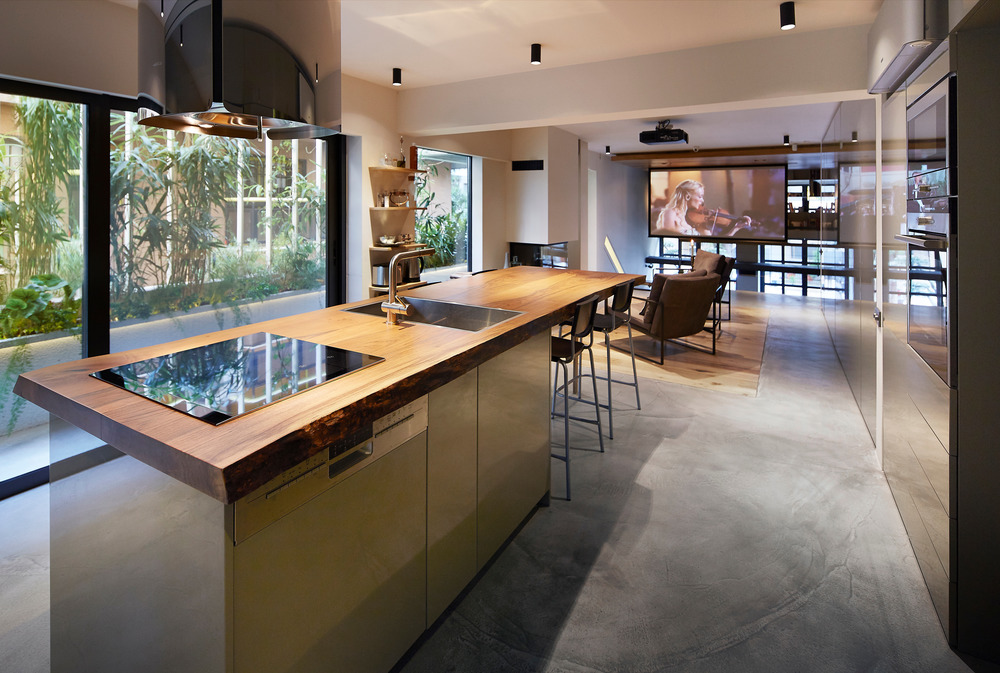 The upper floor has also been designed to serve as an additional space for photo shootings if wanted, as one of the targets of the project was to maximize the space for photographic work. The result has been the creation of a ‘loft’ space that serves multiple functions, intertwined with each other, under the roof of a photographic studio. This is the outcome of how the architects approached the challenge, stated by Nail Egemen Yerce, founder of Yerce Architecture as “Answers were sought to questions such as how could space initially constructed as a typical, standard apartment be transformed into a multifunctional area serving different functions and forms of living while maintaining permeability within these functions.” 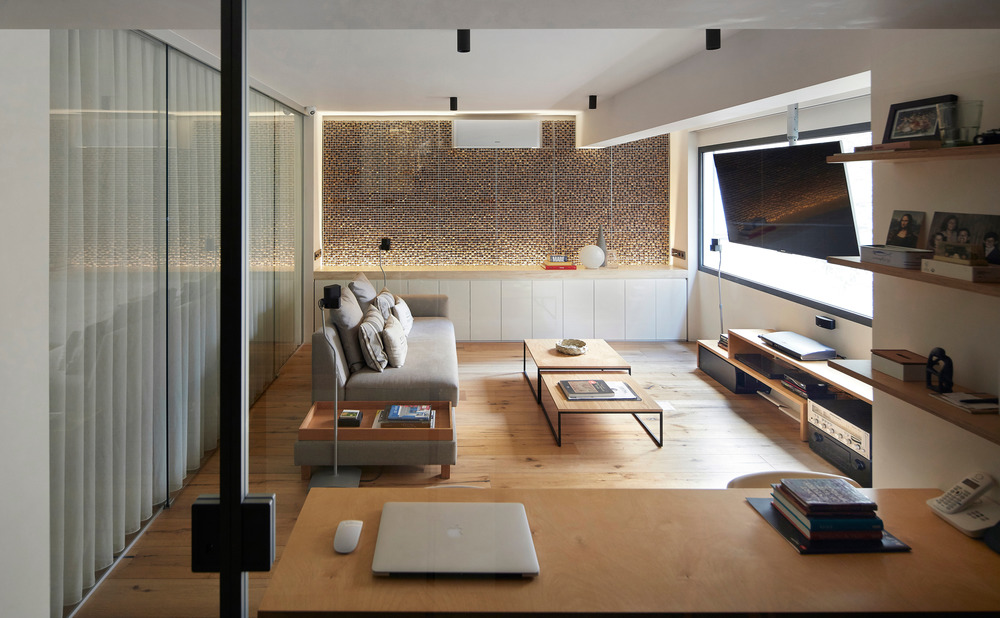 Ayça Taylan, the co-founder of ZAAS, adds that “the project also reached out to the public, that is the outside world, through the exhibition space incorporated into the photography studio.” Viewing the outside world and the inner space as a continuum, the architects transformed the open space in front of the apartment, formerly used as a car park into a patio. 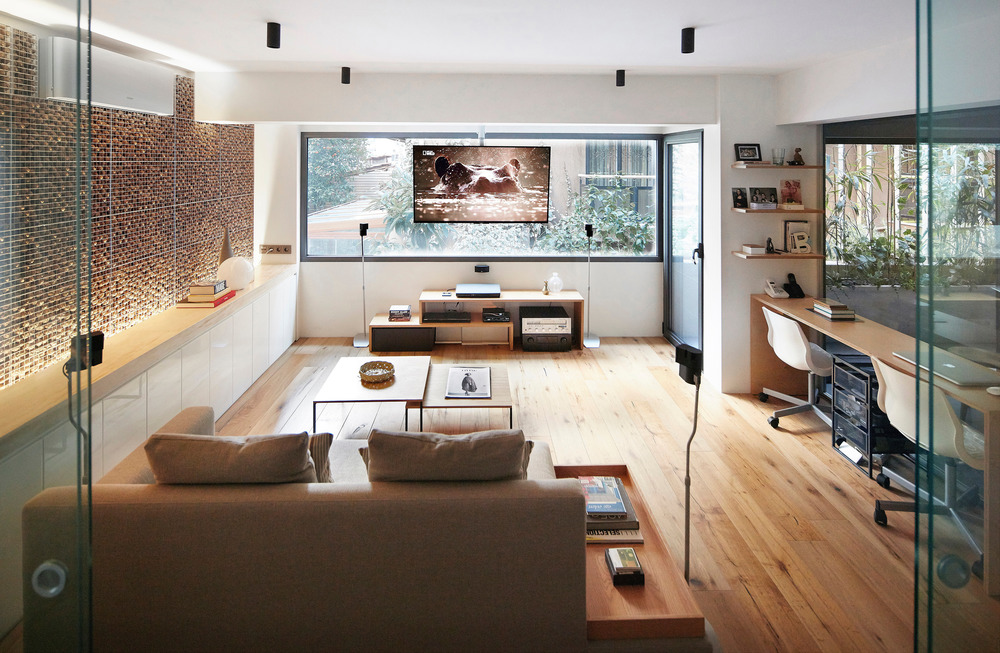 The paving material of the ground floor was extended to cover the patio and the sidewalks, leading to the integration of the whole space. Furthermore, the sliding glass doors of the facade, which could also be completely folded up at the sides, contributed to the fusion of the inner space with the urban space in an exhibition event. Taylan continues that “the street flowing into the inner space and vice versa enables a passer-by to have a look at the exhibition without a filter.” On an exhibition opening night the wide sidewalk, integrated with the patio in front of the loft, becomes extended outside social area for the visitors.

Despite the difficulties encountered in the construction process, most notably in time and budget, Studio Loft materialized as a new urban dwelling and working space typology with the additional function of being an exhibition place. Meeting the challenge of serving a triple function in the same space and time, this unique remodeling project stands out as an example of architectural wizardry. 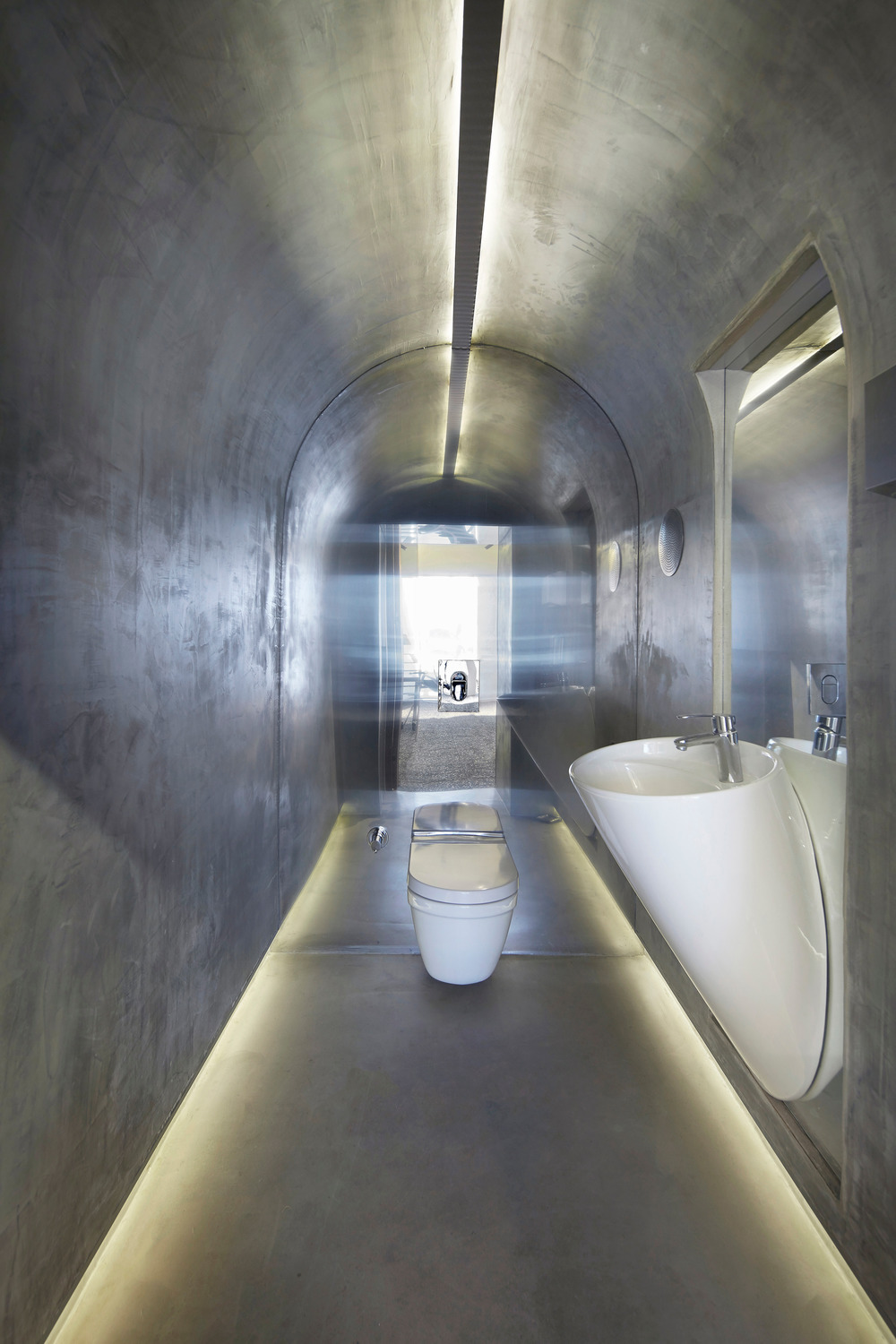 Nail Egemen Yerce, trained as an architect in Dokuz Eylül University, Istanbul Technical University, and Politecnico di Bari, investigated the relationship between the art object and architectural space in his MA thesis entitled ‘Installation and its space’. He founded his own studio, Yerce Architecture, in 2011 after several years of experience working as the project architect and project manager in various award-winning architectural offices.

Yerce Architecture focuses on innovative, creative, and experimental solutions in the fields of industrial design, interior design, and architecture. The office has gained many awards and recognitions both nationally and internationally.

Yerce Architecture with its experience in projects they have designed in Turkey, China, Belgium, Germany, and England; continues to operate in their offices in İstanbul.

Ayça Taylan received her education in architecture at İstanbul Technical University and Politecnico di Milano. She has worked as a project architect and project designer in different award-winning architectural offices in Italy, China, and Turkey for ten years. She co-founded ZAAS in 2016 which focuses on multidisciplinary art, design, and architectural projects.

The concepts underlying the designs of ZAAS in the creation of their projects are nurtured by interface relations within the fine arts. Aiming to reshape and redefine the ordinary boundaries in the interior, architectural, and urban contexts, ZAAS has created award-winning designs of different scales in their endeavor to enhance daily life. 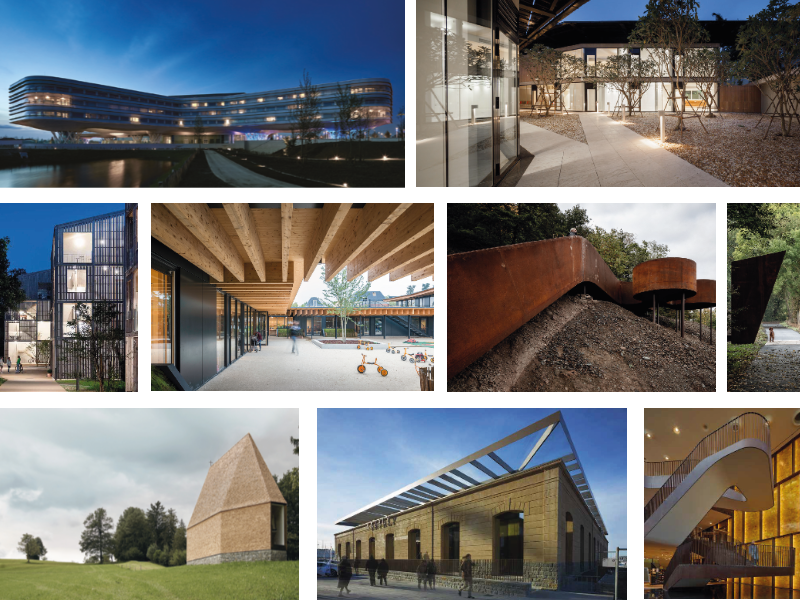 Winners of the 2020 European Architecture Awards! 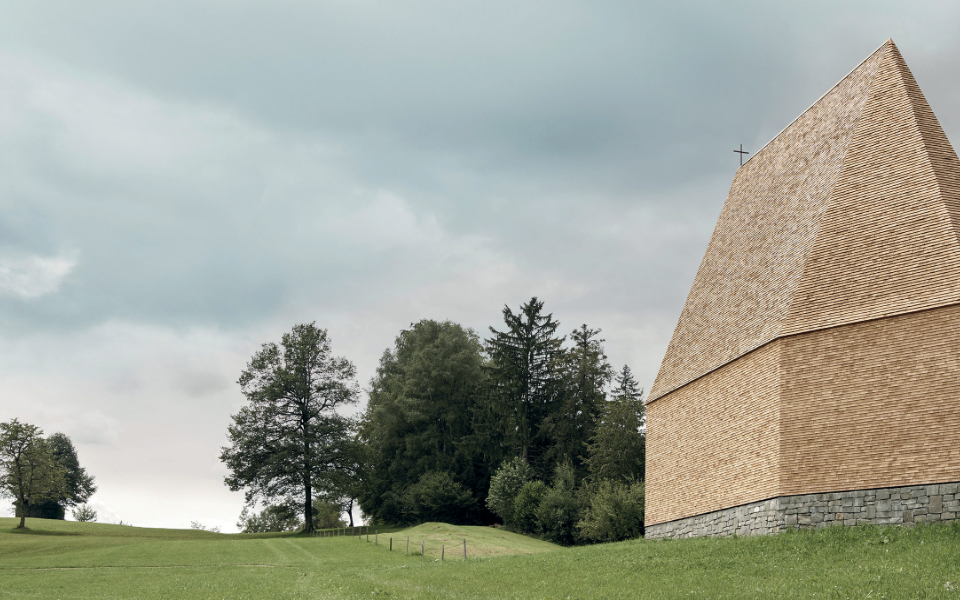 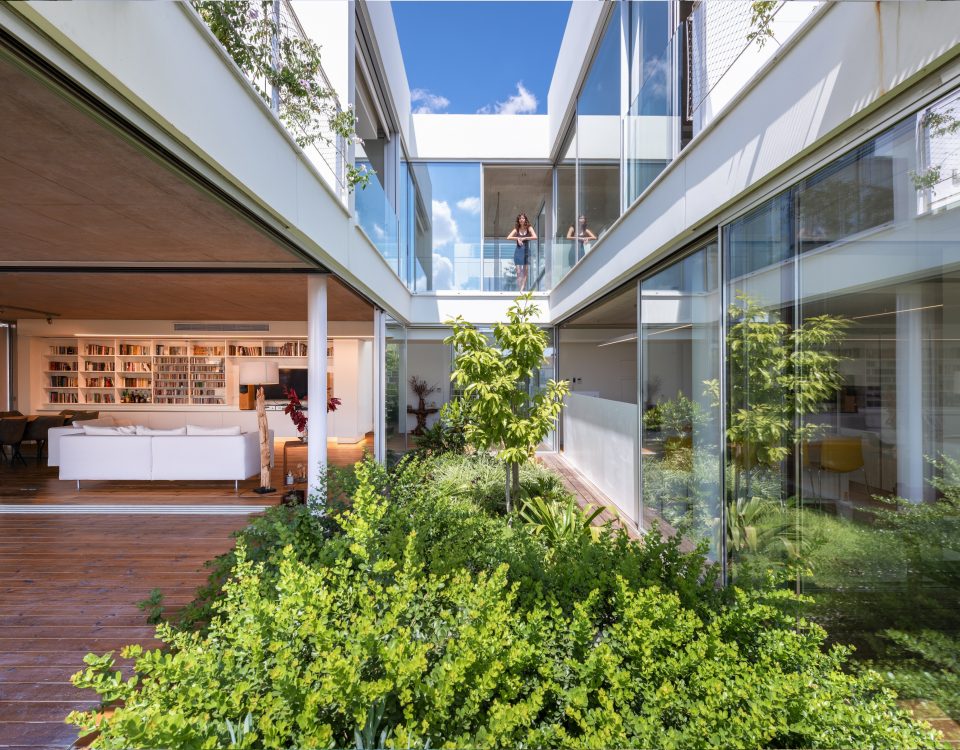 The garden house in the city, Nicosia, Cyprus