The media library in Colombes, near Paris, Designed by Atelier d’Architecture Brénac-Gonzalez is part of a new Social Center whose purpose on a broader scale is the urban renewal and upgrading of the town’s Fossés Jean/Bouviers district. For this reason, the building had to be exemplary.

To strengthen the unique characteristics of this site, the volume is open to the city, detached from the ground and creates a transparency and a deep view into the edifice from the place Michelet all the way to the gardens of the Social Center. The raised and aerial volume generates a space under the building that enables one to see, through a glazed lobby and interior street, all the various entities of this facility.

The seemingly levitating volume encircles patios like a ribbon while opening widely to the neighborhood through large openings framing atypical rooms such as the visual arts galleries or the media library. Thanks to its specific volume and dynamic identity, the new facility fits naturally into its context by symbolically signaling its presence in the heart of this district undergoing a major redevelopment.

However, the overall volume is lightened by the raising of its mass while it rests on a mostly glazed ground floor, which alternates with a base clad in architectonic cement to solidly anchor its structure in the ground. Upper floors are clad with metallic composite panels, which are folded and unfolded according to the surface to be covered. Large frames turned toward the town open large glazed bays, protected by vertical brise-soleils according to the favored orientations. A few hollowed areas sculpt its roof, opening the interior of the building like a bowl and contain a number of protected interior terraces with greenery. A signboard composed of LEDs indicating main events is placed on the upper part of the building, further strengthening its visibility.

The media library is a wonderful tool requiring a powerful architectural and symbolic image to fully participate in the development of a district’s identity and to play an essential role as an urban pole of attraction. The figure chosen here is a spiral, symbolizing movement and social advancement through knowledge, culture and intergenerational contact. The broadly open areas spiral around the central void of the lobby like a functional and programmatic ribbon. This organization forms an abstract and protective silhouette, running from the ground level into the upper floors. 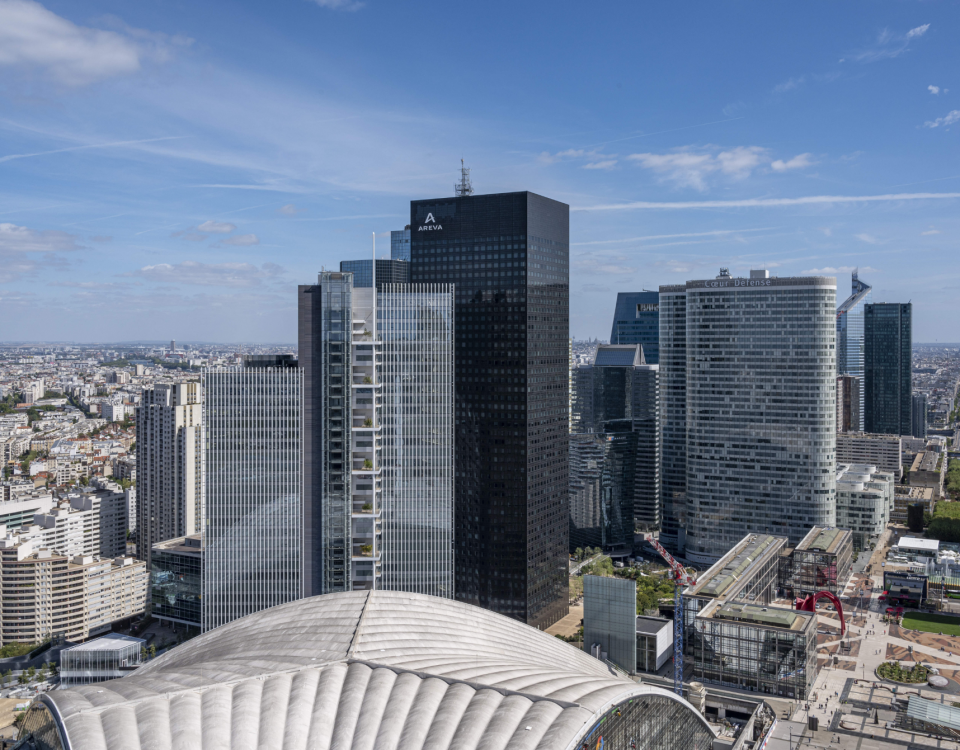 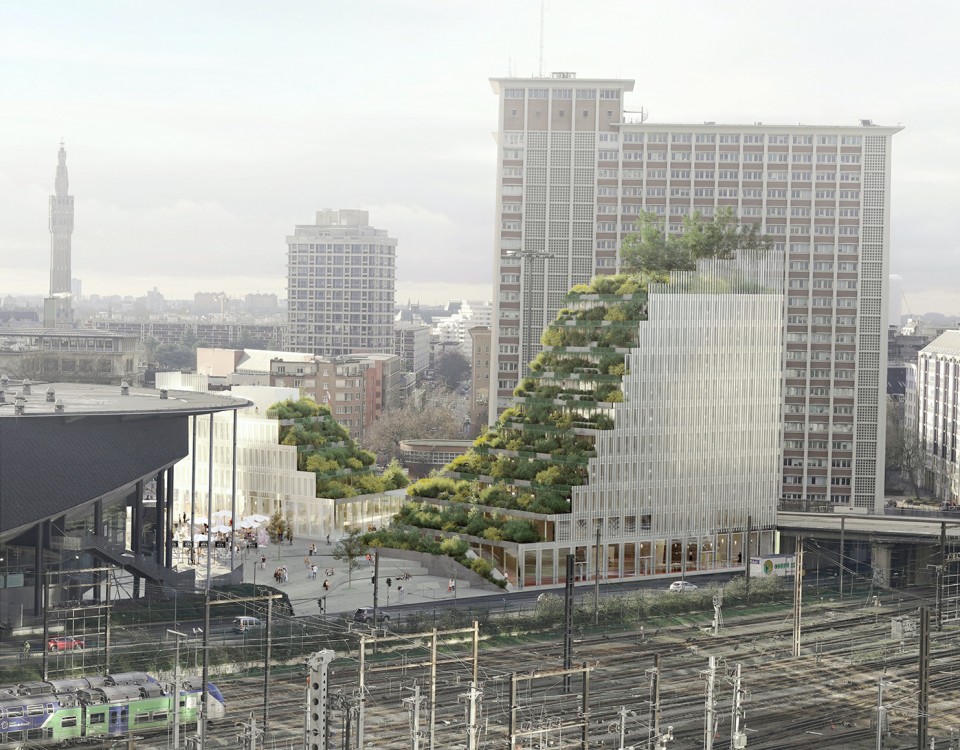 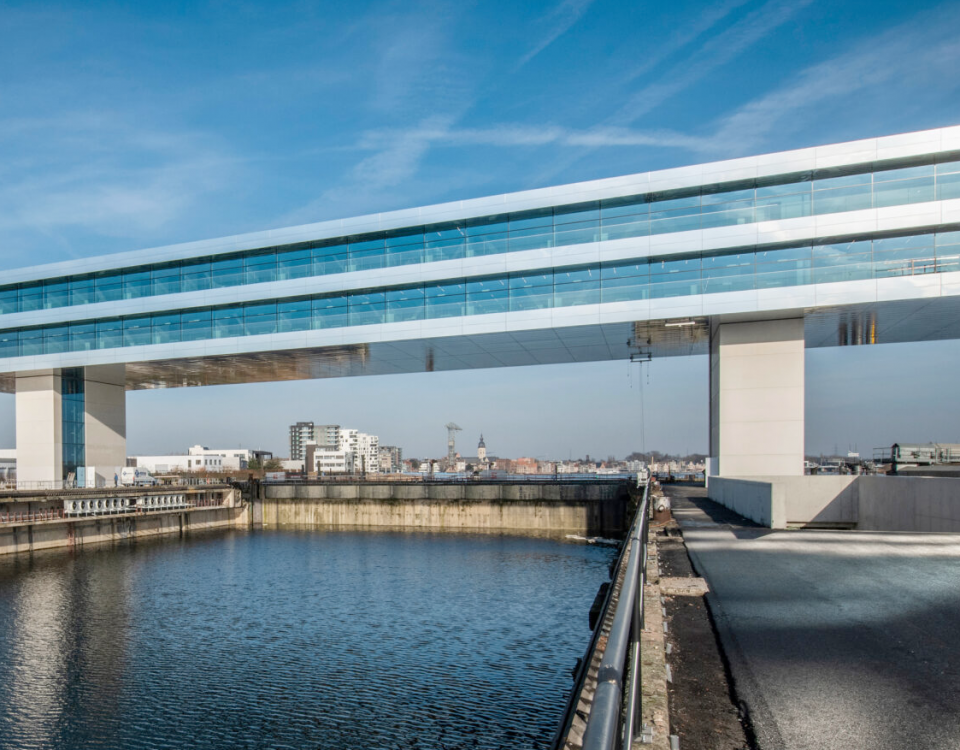