New headquarters for Kreon in Opglabbeek by CONIX RDBM Architects

The tower is located in the heart of the district of La Défense, willed into existence in the 1960’s by Général de Gaulle to show the world that France was entering into the modern world of finance and business. It’s a curious above-ground urban mixture, an artificial island, veritable realm of “corporate architecture”.

The project is comprised of three main elements:

The site plan of the lot with its trapezoidal form resulting in a volume with constraints with regard to sunshine and views,
The program of superimposed habitat: student housing as well as apartments for an ownership program,
The overall appearance of the building.

The approach consists of reinterpreting these three elements in light of the specific features of each site: the resulting architecture becomes unique, thereby reflecting the intrinsic characteristics of the context.

Beyond these architectural criteria, it is first and foremost about proposing a new way of appropriating the vertical space of La Défense with varied and ambitious housing programs blending large scale with new categories of users/occupants. 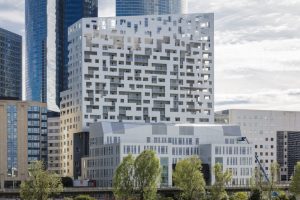 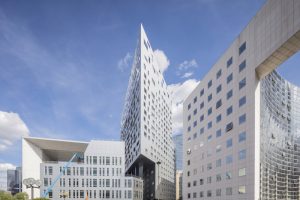 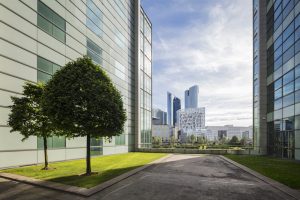 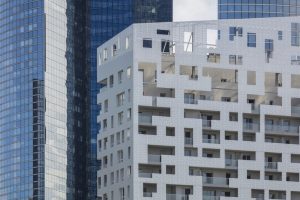 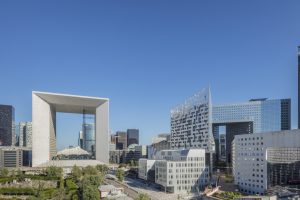 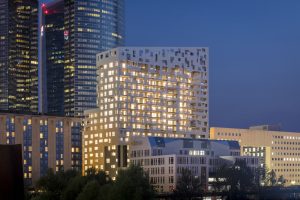